First of all: Happy easter Week!!! New graphs and analysis for the Covid19 dashboard. I have created some scatter charts with some relationships. 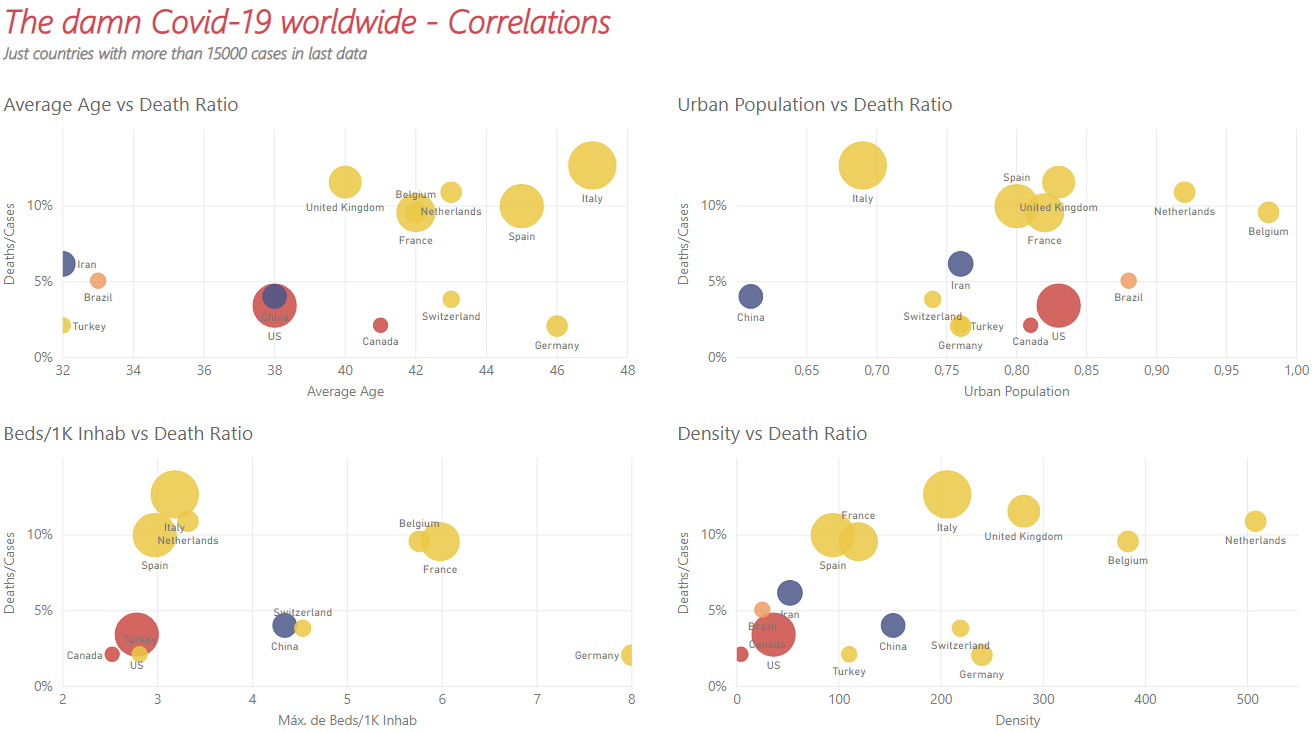 Some of them are really interesting. But the first issue we can see is that biggest death ratios are for european countries (yellow ones). It could seem that there is some slight correlations between death ratios and age (but Germany is the counterparty), that high population density could be explaining bigger impact in Belgium or Netherlands (but then we should split China by regions), but nothing conclussive.

Number of days past since the beggining of the crisis in every country (let’s say more than 1000 cases), hardness of country measures, and a lot of different metrics could have impact (health national spending; beds pero 1K inhabitants; intensive care beds…). This was just an attempt to show some correlations.

Today, April the 9th, 1.5Million cases worldwide. US is still growing really fast. South America doesn’t bring any good news. It seems that speed of new cases is decelerating in Europe, but some peaks in Spain last two days make me to be prudent today. But you know… the only way to help everybody while we weres suffering this crisis is #StayAtHome